LIVE In PERSON WEBINARS for THERAPISTS

Home » Instructor: Research Therapy, Tips and More » Evidence Based Practice: How Are You Measuring Outcomes; PART 4 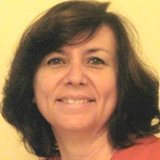 Following a period of intervention children can be assessed using the GAS scaling and be given a numeric score.  This can be used not only on an individual basis but also on a larger scale to assess programs and to conduct research.

According to McDougall & King, 2007, the scale should meet the following criteria:

Here is an example:

SMART GOAL: Child will transfer from sitting in his wheelchair to standing at his desk by pushing through both hands on the armrests, having his feet hip width apart while bringing his COM forward over his BOS and sustain standing for 10 seconds in anticipation of his walker being placed behind him, 3 out of 5 trials, by (date).

GAS SCALE:  The bolded words indicate the variable being measured and the amount of change.

Other examples of measurable variables besides time as in the above chart, could include, but are not limited to, variables such as distance, level of assistance, number of repetitions, and percentage of accuracy.  It is also possible to use developmental levels that are approximately equal in intervals.

GAS scaling provides therapists with a useful tool for documenting measurable, observable, functional change.  It is simple and inexpensive, and can be used to show change in an individual child as well as show change for the purpose of research.  This methodology shows promise for therapists by capturing meaningful outcomes for the children they treat thus leading therapists to best practice.

We are thrilled to announce a new course coming in early 2015 taught by Suzanne Davis with new faculty member Kate Bain:

Suzanne’s other course:
Contemporary NDT Treatment of the Baby and Young Child