It is important for all preschool and kindergarten children, and elementary classes that 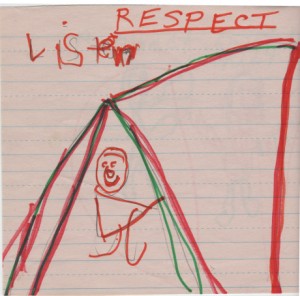 include children with special needs, to provide frequent music and movement breaks. The movement breaks  take five minutes or less and children are taught to resume working after the activity. The rules are “don’t touch any body, don’t touch anything, and get back to school work after the break or we won’t do it tomorrow (but will try again the next day).

Social skills are enhanced by playing songs like “Help” by the Beatles or “Respect” by Aretha Franklin, letting children dance, then asking them to draw a picture with a caption describing how they show respect or areas in which they need help.